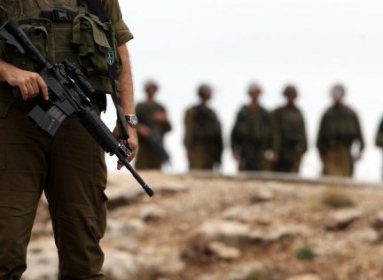 Israeli army gunfire killed one Palestinian and wounded another in the northern Gaza Strip on Friday, a spokesman for the territory's emergency services said.

The two men, one of them a 20-year-old farmer, were hit by live fire east of Jabaliya and near the Israeli border, Ashraf al-Qudra said.

The Israeli army declined to make any immediate comment on the incident.

Friday's fatality would be the second Palestinian killed by Israeli forces since a November 21 truce between the Jewish state and the Islamist group Hamas ended eight days of hostilities between the two sides.

Over the course of the battle between Israel and Gaza militants, 177 Palestinians -- more than half of them civilians -- were killed by Israeli air strikes.

Six Israelis -- four of them civilians and two soldiers -- were killed by rocket and mortar fire from Gaza.