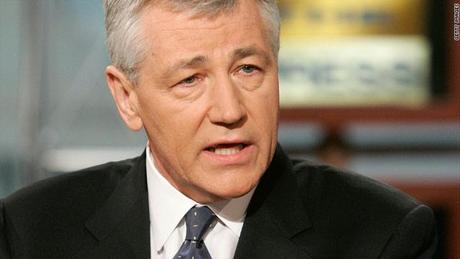 The White House Friday defended its nominee for defense secretary, Chuck Hagel, after his perceived weak performance at a Senate confirmation hearing.

Hagel was grilled for hours and often found himself on the defensive as Republicans went after him for his past positions against the Iraq war and sanctions over Iran's nuclear program.

He said he was surprised that Republican senators like John McCain took issue with Hagel over Iraq.

In 2008 "then-Senator Obama had a view on Iraq. It was one of the reasons why he ran for president and ran on that position and won in 2008 against Senator McCain," Carney said.

Carney also said he found it "bizarre" that senators had hardly asked any questions on Afghanistan, scene of an "active war" with 66,000 Americans in uniform.

"Instead, they wanted to re-litigate the past," Carney said.

He added that the White House believes Hagel will ultimately win approval in the Senate, where Republicans hold a blocking minority.

"While the process is important and it's a vital function of our democracy, the confirmation process, I would be stunned if in the end Republican senators chose to try to block the nomination of a decorated war veteran who was once among their colleagues in the Senate as a Republican," Carney said of Hagel, who fought in Vietnam.