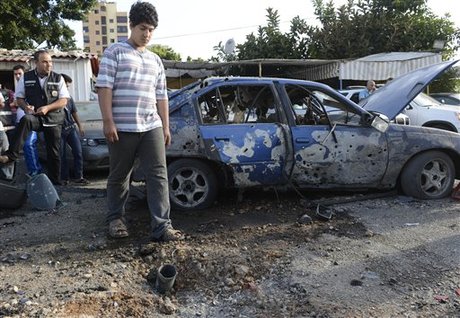 A rocket was fired from southern Lebanon towards Israel late Sunday night, the state-run National News Agency reported although a high-ranking military official denied the attack.

No rocket was fired on the Jewish state, the official told Voice of Lebanon radio (93.3) although he confirmed that an explosion had taken place.

The news agency said the rocket was fired from a location near the southern town of Marjayoun, about 10 kilometers north of the Israeli border.

The Israeli military also did not confirm the attack, but said residents in northern Israel reported hearing an explosion. The military said it was searching the area and trying to determine the circumstances behind the explosion.

In addition to Hizbullah, militant Palestinian groups are also known to operate in south Lebanon.

The alleged incident came at a time of heightened tensions in Lebanon as Syria's civil war has spilled over with street clashes and other violence.

There was no claim of responsibility, but the attack was widely portrayed as retaliation for Hizbullah chief Sayyed Hassan Nasrallah's pledge that the party would fight alongside Syrian President Bashar Assad's forces until victory over Syrian rebels.

They want to blame it on the "Salafists"..... as if a fly can hover over the south without HA knowing about it. Old boring tactics

Nobody blamed it on anyone. It's very well known Palestinian militants do this as well. However you are so blinded by your hatred towards one camp, that you don't see (or do not want to see) the threat posed by the others. No, enemy of your enemy is not your friend.

The funniest thing is, this stuff always happens around summer. It's not like thugs are coming out of hibernation, it's just a cheap and easy way to screw up our tourism industry.