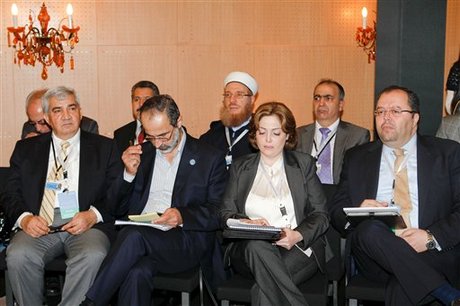 "Over the next 24 to 48 hours, there are going to be several meetings between the Syrian Military Council (SMC) and different countries to understand the needs of the SMC and to begin to really satisfy those needs," said Khaled Saleh, a spokesman for the opposition Syrian National Council.

"At this stage, we expect that the international community would begin to supply the SMC... with sophisticated arms, anti-tank and anti-aircraft missiles because that is what the Assad regime uses," Saleh added.

Up to now the Western countries backing the opposition against Syrian President Bashar Assad have refused to supply the rebels with weapons, fearing they could land in the hands of Islamist extremists.

But the United States has now toughened its line on Syria, promising rebels weapons for the first time, after saying it had evidence the regime had used chemical weapons, a charge Damascus dismissed on Friday as "lies."

Britain and France, which had already said publicly that they believed the Syrian government had resorted to use of its chemical weapons stockpiles, welcomed the U.S. announcement.