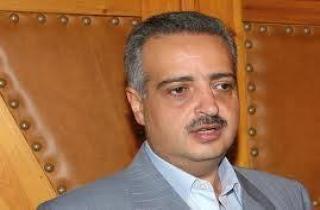 Lebanese Democratic Party leader MP Talal Arslan considered on Tuesday that accusing Hizbullah of of inciting sedition in Lebanon “is unjust and an infringement on the martyrs' blood.”

"Accusing Hizbullah's resistance of inciting strife in the country is unfair and an infringement on every honorable countryman and on the blood shed by the martyrs,” Arslan said in a statement.

He stressed: “Stop the distortion, the lies and the offenses.”

"We understand that not everyone agrees with some or most of the resistance's ideas in Lebanon. But we do not understand how a group can resort to manipulating facts and distorting the truth in such an unacceptable manner that does not serve Lebanon's interests.”

Arslan expressed: “We are at a stage when there are no morals in political relations. The political speech has deteriorated.”

"This indicates that some factions want to link the situation in Lebanon to regional and foreign interests, no matter what was the price,” he noted.

A delegation from the March 14 alliance on Tuesday handed President Michel Suleiman a memo that calls for Hizbullah's “immediate” pullout from Syria and the deployment of the Lebanese army along the border with the war-torn country.

The signatories claimed that the party's role in the fighting is a clear violation of the Constitution, the sovereignty of the Lebanese state and international resolutions.

"this indicates that some factions want to link the situation in lebanon to regional and foreign interests, no matter what was the price,” arslan noted.

alla yerham bayyak the highly esteemed national and army leader and what a difference between father and son but looking at you kiddo one question comes to mind: why did you stoop so low and how low can you go???

by protecting hezballa for whatever shady and personal reasons, you are spreading lies distortions and offenses.

the factions you are talking about linking the lebanese situation to foreign interests and the most obvious culprits for the terrible dark scheme ready to destroy the nation you are boasting about are none other than yours truly hezballa and their iranian mentors!!!

Another meaningless lapdog barking for his master.

well, after carefully reviewing this definition.... we can all agree it isn't unjust. It's the very least.... Hezb Ebola are criminals, thugs, mafia.... and more importantly terrorists!

yea the faggot spoke! what do u expect from fago? he is gona hail his master that is a sure thing!