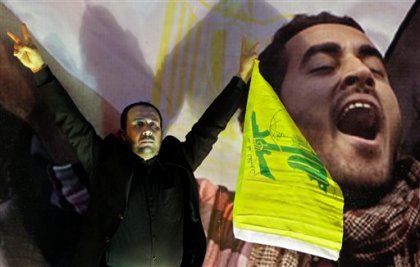 An Egyptian court said on Sunday that Hizbullah and Hamas helped prisoners, including current President Mohammed Morsi, escape during the 2011 uprising.

The head of the court in the Suez Canal city of Ismailiya asked the state prosecutor to investigate the circumstances of the January 2011 breakout from the Wadi Natrun prison, northwest of the capital.

He said that the Muslim Brotherhood, the Islamist group from which Morsi hails, had organized the escape with members of Hamas and Hizbullah.

The court also called on the state prosecutor to ask Interpol to circulate an arrest warrant for Sami Shehab, a Hizbullah official who had been convicted of plotting attacks in Egypt and who was serving a prison sentence at Wadi Natrun before escaping, along with members of Hamas.

Morsi said at the time that there had been no need for he and 33 other members of the Brotherhood to escape as the people "opened the doors" for them.

That is why so many people have lost faith in this country.... this is a prime example. A guy was ordered to smuggle arms and plot against another country as confirmed by Nassrallah in his speech, gets arrested and jailed. Then he comes to a hero's welcome and the authorities of Lebanon did not even question him. Add to this he was traveling on a fake name but "authentic" lebanese passport issued by our General Security Department. I agree with Roaring.... this is a country where saints are made....