Israel Lays Hands on 1,500 sq km of Lebanese Waters as Cabinet Seeks to Confront it 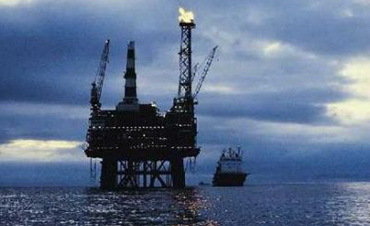 Energy Minister Jebran Bassil is expected on Monday to ask both President Michel Suleiman and Premier Najib Miqati to place the issue of Lebanon’s maritime border with Israel on the agenda of the cabinet meeting this week.

On Sunday, Bassil said that Beirut will not give up its maritime rights. His comment came after Israel's cabinet approved a map of the Jewish state's proposed maritime borders with Lebanon to be submitted for a U.N. opinion.

Israel's proposed map lays out maritime borders that conflict significantly with those suggested by Lebanon in its own submission to the world body.

Israel has expanded its maritime boundaries to put under its control more than 1,500 square kilometers of Lebanese waters in Lebanon’s SEZ, he said.

there's no reason to file a complaints or such...we know it doesn't work with them...just let them build drilling station in lebanese waters and after it's finished, send a rocket there. or 3, 4 rockets. and one on tel aviv. just for fun :)

You answer is quite revealing ya jamal amel,

'just for fun' fire rockets at Israeli gas rigs or Tel Aviv. Your 'fun' will result in the deaths of innocent Lebanese when Israel over reacts as always and pounds S.Lebanon.

Hizbollah 'fun' is always costly for our people.

bashir...the zionist entity already killed at least hundred of thousands of lebanese for reasons of stealing land and water...buit it's not your tribe so why would you care...you also justify them! traitor.

The resist to behave as civilized humans