Israel Refuses to Apologies to Turkey over Flotilla 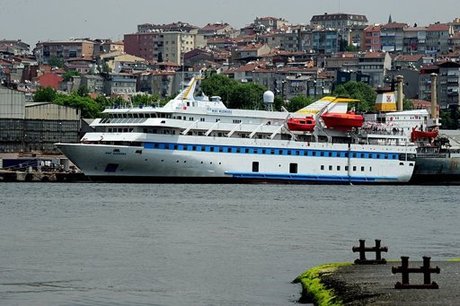 Israel will not "take responsibility" for the deaths of nine Turkish nationals by apologizing to Ankara over its botched 2010 raid on a ferry heading for Gaza, a senior cabinet minister said Thursday.

"We are not ready to apologize as apologizing is taking responsibility," Strategic Affairs Minister Moshe Yaalon told reporters in Jerusalem.

"There is no room in my mind for any kind of apology that means taking responsibility," he said of the pre-dawn raid on a six-vessel convoy which was aiming to break Israel's naval embargo on the Gaza Strip in May 2010.

However, Israel would be prepared to make a statement regretting the loss of life when its commanders stormed the Mavi Marmara, the Turkish-owned ferry which was leading the convoy.

"We are ready to regret the loss of lives," he said, repeating an offer which has been rejected by Ankara as not going far enough.

The operation sparked a major diplomatic crisis in ties between Israel and Turkey, who were once close allies, and repeated attempts to patch up relations since then have failed.

Ankara has demanded an official apology and compensation for the victims' families as a condition to repair ties, but Israel has so far refused, in part fearing that such an apology could open the way for commandos who took part in the raid to be prosecuted.

Israeli Foreign Minister Avigdor Lieberman has repeatedly said the Jewish state will not apologize for the raid, although privately officials acknowledge that upgrading relations with Ankara would be desirable.

Yaalon's remarks also flew in the face of an assessment by Ozdem Sanberk, a senior Turkish official involved in attempts to patch up ties, who on Tuesday said he believed Israel would apologize.

"I would be surprised if there were no apologies since both sides have the political will to resolve this crisis," said Sanberk, who represents Turkey on the U.N. committee which is probing the Israeli raid and which is due to present its final report on July 27.

Israel's Haaretz daily reported on Sunday that the defense establishment in the Jewish state wanted to see ties with Turkey repaired, even supporting an apology to Ankara over the 2010 raid.

Current government of Israel is too arrogant. Time for regime change, people of the country should revolt just like every one else in the middle east . . .