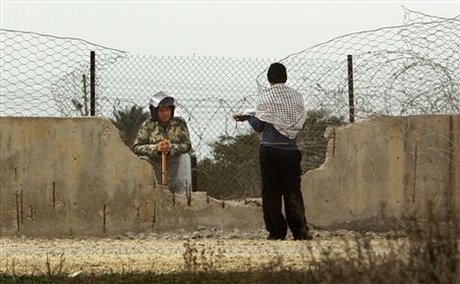 Egypt was on Friday mediating a potential ceasefire between Israel and Hamas, which controls the Gaza Strip, after a flare-up of violence across the border.

"There are continuing Egyptian efforts to return calm to the Gaza Strip, but no agreement has been reached yet," a Hamas official told AFP, on condition of anonymity.

Hamas "told the Egyptian side they do not want an escalation," the official added, but gave no further details.

Bassem Naim, a senior Hamas official in Gaza, earlier told AFP: "Hamas is not interested in an escalation or war in Gaza, but at the same time it is not possible for it to remain silent on the continued aggression against Gaza and the West Bank."

Tensions have risen around the Palestinian territory in the past few weeks, with militant rocket fire repeatedly hitting southern Israel, and dozens of retaliatory air strikes against Gaza.

Israel deployed troop reinforcements towards the Gaza border on Thursday, the army said, stressing that it did not want an "escalation" either.

The Hamas-Israel face-off follows a vast arrest operation against the Islamist movement's West Bank network, after the Jewish state blamed it for the kidnap and killing of three Israeli teenagers in the occupied territory.

Unrest spread to Israeli-annexed east Jerusalem this week, after a Palestinian teenager was abducted and murdered in a suspected revenge attack.

Egypt, which also has a border with Gaza, has often played the role of mediator between Israel and Hamas, most recently helping broker an end to an eight-day conflict between the foes in November 2012.

Hamas has largely respected that truce, but has been unable to prevent other militant groups in Gaza firing hundreds of rockets since the end of the 2012 war.