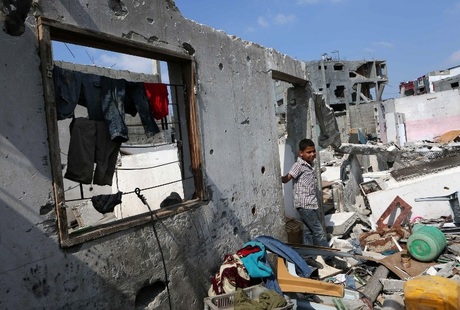 Israeli-Palestinian talks on a lasting Gaza truce are to resume after mid-November, instead of Monday as initially planned, the chief Palestinian negotiator Azzam al-Ahmad told AFP Sunday.

The announcement came after other Palestinian officials said the talks had been postponed due to Egypt's closure of the Rafah border crossing with the Gaza Strip.

Egypt closed Rafah, the only crossing into Gaza not controlled by Israel, after a bomb attack by a suspected jihadist on its troops in the Sinai Peninsula on Friday killed 30 soldiers.

Egypt also imposed a state of emergency on parts of the Sinai, which also borders Israel.

"The indirect talks between Israelis and Palestinians have been postponed until the second half of November," Ahmad told AFP from Cairo.

There was no immediate confirmation from Israel.

The talks are aimed at building on an August 26 ceasefire that ended a devastating 50-day summer war between Hamas and Israel in the Gaza Strip.

The conflict killed more than 2,140 Palestinians, most of them civilians, and 73 on the Israeli side, mostly soldiers.

Hamas and other Palestinian factions, including the Fatah movement of president Mahmud Abbas, are taking part in the Egyptian-mediated indirect talks alongside Israel, and had a first round of negotiations last month.

The Palestinians are demanding that the talks lead to a lifting of an eight-year blockade imposed by Israel on Gaza, including the opening of a port and an airport -- demands rejected by Israel.