Abbas to Discuss with Sarkozy Palestinian Bid for U.N. Recognition 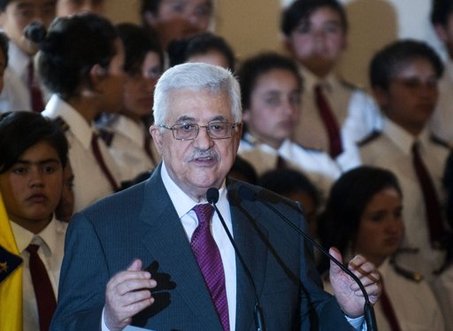 Both Colombia and France are on the 15-member council.

"We are going to have a meeting with the French president Sarkozy on the same subject, because France is also a permanent member of the Security Council," Maliki told Agence France Presse Monday.

Earlier, Abbas said he was willing to restart peace negotiations with Israel "at any moment."

"We are in favor of peaceful negotiations leading to the creation of a Palestinian state alongside the state of Israel," Abbas said in Bogota, where he is on a Latin American tour to rally support for U.N. recognition.

"We are at any moment willing to return to the negotiating table if Israel is of the same mind," he said, during an event where he was declared an honorary citizen of Bogota by the city's mayor.

The Middle East Quartet -- the United States, Russia, the United Nations and the European Union -- has called for a resumption of negotiations.

Israel on Sunday accepted with reservations a plan proposed by Quartet envoy Tony Blair, while the Palestinians have said there will be no negotiations until Israel freezes settlement -- a demand they say is written into the Quartet proposal.

Venezuela's President Hugo Chavez meanwhile said Abbas would visit Caracas on Tuesday. The leftist Chavez has long championed the Palestinian cause and has hosted Abbas on previous occasions.