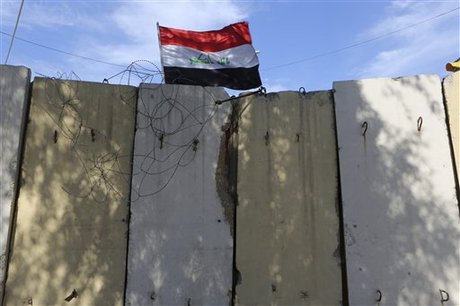 The newspaper quoted an Iranian diplomat as saying that the efforts exerted by Nasrallah to bridge the gap between al-Sadr and al-Maliki, also a Shiite, have not yielded results.

Nasrallah has recently met with al-Sadr in Beirut in an effort to resolve the inter-Shiite conflict in Iraq.

An emergency session of Iraq's parliament descended into chaos last week, preventing a vote on a new cabinet amid a row over political blocs controlling key government posts.

Prime Minister Haider al-Abadi called in February for change to the cabinet so that it includes technocrats.

That kicked off the latest chapter in a months-long saga of al-Abadi proposing various reforms that parties and politicians with interests in the existing system, mainly al-Maliki's supporters, have sought to delay or undermine.

Al-Sadr later took up the demand for a technocratic government, organizing a two-week sit-in that put al-Abadi under pressure to act, but also supported the course of action he wanted to take.

Sadr, the scion of a powerful clerical family, relented after al-Abadi presented his first list of nominees at the end of March, but has yet to react to the most recent developments in efforts to replace the cabinet.

Nasrallah has recently met with al-Sadr in Beirut in an effort to resolve the inter-Shiite conflict in Iraq.

and nassrallah claims he does not meddle in internal Arab affairs.

He can mediate because he is meddling....

there is a difference between meddling in others' affairs and being asked to mediate.

Why don't the hezbstakhfarallah put so much effort in reconcile with the Lebanese people. Ooh ya, the rest ain't Shia and iran don't allow them