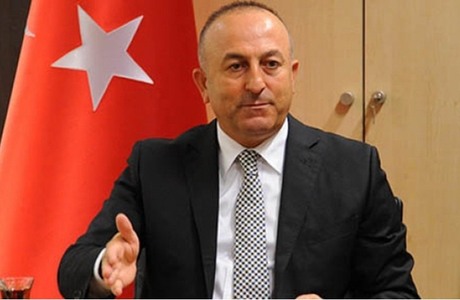 Turkey on Monday urged the European Union to revive stalled negotiations on Ankara joining the bloc, saying without it Europe was "incomplete" and calling for visa-free travel for its citizens immediately.

"The EU is still a strategic choice for our country," President said Recep Tayyip Erdogan, while insisting Ankara would not blindly accept the EU's "inconsistent policies and double standards towards our country".

Turkish Foreign Minister Mevlut Cavusoglu said he wanted more chapters in the accession talks to be opened "by lifting artificial obstacles to our EU membership."

A "chapter" is a specific area of negotiation, ranging on issues from human rights to economic cooperation. Cavusoglu did not specify which chapters he meant.

He also said Turkey expects "visa liberalization for Turkish citizens to be provided immediately," a reference to EU commitments on visa-free travel for nearly 80 million Turkish citizens made in March under an EU-Ankara deal to curb migrants entering Europe.

Progress on visa-free travel has been held up by EU demands -- rejected outright -- that Erdogan amend Turkey's draconian anti-terror laws to ensure they do not breach human rights.

Erdogan threatened in December to cancel the migrant deal, which has dramatically reduced the numbers crossing into Europe via Greece.

The accession talks stalled after a failed coup in July by a rogue Turkish military faction was followed with a crackdown that saw mass arrests of not only officers but also journalists, activists, academics and others.

"We've played an important role in Europe's past and will do so in the future," Cavusoglu said, adding: "A Europe without Turkey is incomplete."

Relations between the EU and the NATO member state have soured in the past year over human rights and freedom of speech issues.

U.S.-Turkey relations were also strained in the aftermath of the failed coup attempt, with Ankara accusing the Pennsylvania- based Islamic preacher Fethullah Gulen of being the mastermind behind the putsch.

But Erdogan and Cavusoglu said they were convinced relations would improve under incoming U.S. president Donald Trump.

"I believe dialogue with Trump will be stepped-up on both sides, with progress on regional issues," the president told an ambassadors meeting.

For his part, Cavusoglu said he thought the U.S. would "not continue to make the same mistakes it has previously made."

He repeated a demand for the United States to extradite Gulen and his top followers to Turkey -- request that has been made repeatedly since the thwarted July 15 coup.

He also called on the U.S. to halt support for the Syrian Kurdish Peoples' Protection Units (YPG), which Turkey see as linked to the outlawed Kurdistan Workers Party (PKK).

Washington considers the YPG as an ally in the fight against the so-called Islamic State (IS) jihadist group in Syria.

"Turkey and the U.S. are two strategic partners, with potential (and) power to create positive effects in a wide geographical region," Cavusoglu said.