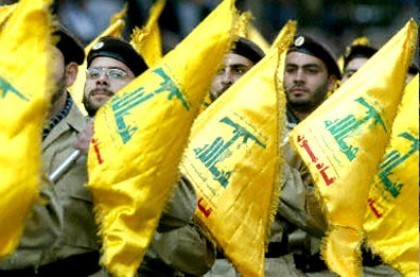 Hizbullah on Wednesday denounced “Saudi Arabia's persistent battle” against the Huthi rebels in Yemen stressing the need for a cessation of war as it called for a rapid political solution.

In a statement issued as Yemen marks 1000 days of a Saudi-led coalition war against the Huthis, Hizbullah criticized “Saudi insistence to continue its war against Yemen,” stressing the need for a “comprehensive and rapid political solution.”

Hizbullah's statement added: “Arab, Muslim people, leaders, governments, parties and conscientious people in the world must help stop the humanitarian catastrophe, which has been unmatched for decades.”

“We affirm our absolute support for the oppressed and patient people of Yemen, its wise and brave leadership and its valiant heroes who stand before all mercenary armies that have come from all over the world," added the statement.

For the past three years Saudi Arabia has led a military campaign involving air strikes and ground troops against the Huthis, who seized the Yemeni capital from the internationally recognized government in 2014.

More than 8,750 people have been killed since SA and its allies joined the government's fight against the Huthis in 2015, triggering what the U.N. has called the world's worst humanitarian crisis.

On Tuesday Saudi Arabia said it shot down a ballistic missile over Riyadh fired from Yemen by Iran-backed Huthi rebels, who announced that the target was the official residence of King Salman.

The audacious attack aimed at the heart of Saudi power follows the downing of another missile last month near Riyadh airport that triggered the tightening of a Saudi-led blockade on hunger-stricken Yemen.

The Huthi rebels last month warned that they considered "airports, ports, border crossings and areas of any importance" in Saudi Arabia, as well as its ally the United Arab Emirates, as legitimate targets.

Saudi-led air strikes have intensified since the December 4 killing of ex-president Ali Abdullah Saleh at the hands of the Huthis after his alliance with the rebels collapsed.

The U.N. human rights office said Tuesday it was "deeply concerned" by the surge in civilian casualties due to intensified coalition air strikes.

and why is this filthy iranian terrorist militia interested in Yemen?

No real Lebanese bows down to foreign powers.

Not a sectarian party yet they want to go fight in Yemen. Why dont they take something a little less daunting and simpler on like fighting Israel? Or they dont bite the hand that feeds them?