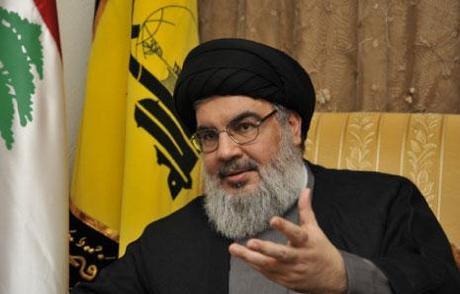 The Special Tribunal for Lebanon “will not issue a ruling in September” as circulated in media outlets, and the remarks made by Hizbullah leader Sayyed Hassan Nasrallah about the court “reflect his uneasiness” with its outcome, al-Joumhouria daily reported on Monday.

“The STL will not issue a ruling in September. The fact that Hizbullah leader Sayyed Hassan Nasrallah has raised the issue (during his latest speech) shows how distressed he is by the STL,” ministerial sources told the daily on condition of anonymity.

They added that Nasrallah’s remarks reflects the “extent of his annoyance” with the Special Tribunal for Lebanon, established to try the accused in the 2005 assassination case of former PM Rafik Hariri.

They expressed surprise that he raised the issue “because it was not mentioned, not as an incentive nor as an obstacle, in the discussions tackling the formation of the government,” they told the daily.

They assured that the discussions between political parties and officials in order to lineup a government have never mentioned the STL.

“All through the Cabinet formation process, no one has presented the STL as an obstacle hampering its path. The STL has a continuous course in The Hague, whether it means something to some or not,” they stressed.

On Sunday, Nasrallah said “some March 14 circles are saying that the main reason behind delaying the formation of the government is that the Special Tribunal for Lebanon will issue its ruling in September and that there will be a new situation in the country to capitalize on.”

“The STL does not mean anything to us at all and its rulings are of no value regardless whether they are condemnation or acquittal rulings. To those betting on the tribunal: do not play with fire. Period,” Nasrallah warned.

The STL Trial Chamber has scheduled oral closing arguments in the Rafik Hariri assassination case for the period between Sep. 11 and Sep. 21. Four Hizbullah operatives are being tried in absentia over their alleged role in the killing.

The STL Prosecution has recently submitted a “Final Trial Brief” that explains the links between Hizbullah and the supposed assassination squads and draws attention to meetings and phone calls between senior Hizbullah and Syrian officials prior to the February 2005 attack.

Ministerial sources expressed surprise that Nasrallah has raised the issue of the STL in his speech “because it was not mentioned, not as an incentive nor as an obstacle, in the discussions tackling the formation of the government,”

Anything that requires logic, analytical skills, or good judgement is beyond you.

Only criminals pay attention to their speeches because they’re afraid. The regular Lebanese only reads the conclusions.

Wow you actually watch the STL meetings on t.v.? I am impressed and for that I will give you a thumbs up, it does show a concern for a Kizballah youth and maybe that is a good sign as there maybe a shimmer of hope for you. If you do fall asleep during the speech then you know exactly how the majority of the Lebanese feel when they hear "next time we will demolish Israel" we too fall asleep.

yes, it is a side effect of cocaine