Turkey Detains More than 700 over Alleged Links to Coup Bid 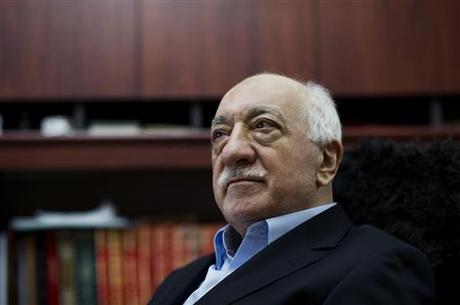 Turkish authorities detained 729 people in nationwide raids Tuesday over alleged links to a group blamed for a failed coup in 2016, the Ankara public prosecutor's office said.

Officials had sent to authorities in 75 provinces the names of 1,112 people under investigation over suspected ties to U.S.-based Muslim preacher Fethullah Gulen and his movement, it said.

Gulen is accused of ordering the attempted putsch, a claim he strongly denies.

Forty-five of those arrested were in the capital Ankara, a judicial source, who did not wish to be named, told AFP.

"We do not know whether the provincial authorities detained or summoned all of the individuals whose names were given," the source added.

The Ankara public prosecutor's office, which leads the coup investigation, said 130 people on the list of suspects were deputy police chiefs still on active duty.

They are suspected of having obtained questions before sitting the 2010 exam to become inspectors, it added in a statement.

Turkish officials defend the crackdown by pointing to what it describes as the Gulen group's "virus"-like infiltration of key institutions, including the police.

Members of the movement are accused of cheating on entry exams to gain access to important public bodies.

"Devils wouldn't even conduct the tricks that they did," Soylu said, adding that Turkey would "finish them off in this country."

There have been regular raids across Turkey in recent weeks against alleged members of the movement, despite criticism from human rights defenders and Ankara's Western allies over the scale of the crackdown.

Tens of thousands of people have been taken into custody over suspected links to Gulen since 2016 while over 100,000 -- including teachers, police officers, and judges -- have been sacked or suspended from the public sector.