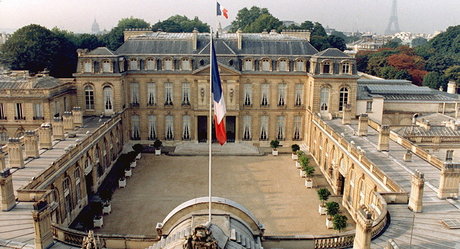 Diplomats were meeting behind closed doors in Paris on Wednesday to consider measures to help Lebanon as it grapples with ongoing political turmoil and its worst economic crisis in decades.

The International Support Group, co-chaired by France and the United Nations, is weighing conditions for providing financial aid to Lebanon. Lebanese businesses and households are growing increasingly desperate as cash supplies there have dwindled.

For two months, protests have decried government mismanagement and the current political system. But even as the financial crisis deepens, protesters have denounced the Paris meeting and promised to condemn any international financial assistance to a government they see as corrupt and illegitimate.

Prime Minister Saad Hariri resigned Oct. 29, but he has stayed on as caretaker prime minister since politicians have been unable to form a new government. Protesters want to see a non-sectarian, technocratic government -- and they want all traces of the old regime, including Hariri, out of office.

French Foreign Minister Jean-Yves Le Drian said at a press conference ahead of the Paris meeting that Lebanese authorities must "take into account the call of the street." He urged Lebanese authorities to "form a government rapidly because any delay will aggravate the situation."

Meanwhile, dozens of protesters in Beirut and Paris rallied Wednesday to call on the leaders meeting in France not to give financial assistance until a new government comes together.

"This authority ... no longer represents the Lebanese," said a protester in Beirut reading a letter to be delivered to the French ambassador. Calling the current government corrupt, the protester said: "We don't want (that aid) to go to waste."

But international donors are unlikely to write a check without substantial commitments to reform. More than 50 countries pledged last year to give Lebanon $11 million in aid, conditioned on Hariri implementing long-stalled reforms. Promised reforms never materialized.

The U.N.-created International Support Group for Lebanon has stressed the need for a stable government that listens to public opinion expressed in the ongoing popular uprising, organizers said.

The French foreign ministry said the meeting "should allow the international community to call for the rapid formation of a credible and efficient government to take the decisions necessary to restore the economic situation."

And it urged the authorities to "respond to the aspirations expressed by the Lebanese" people.

The aim of the gathering is to identify the conditions and reforms required from the government "so that the international community can accompany Lebanon" on its recovery, the foreign ministry said in a statement.

It vowed France's continued support for the country in the current "difficult context," and said stability in Lebanon was essential for the region.

The ISG was created in 2013 by then U.N. Secretary-General Ban Ki-moon to help Lebanon deal with the fallout of the war in neighboring Syria. It gathers agencies of the U.N., the European Union, Arab League, United States, China, France, Germany, Russia, Italy and Britain.

An organization calling itself the Union of Secular Lebanese in France vowed to protest at the foreign ministry against any meeting with Lebanon's "current corrupt government," which it described as illegitimate.

Lebanon has been gripped by unprecedented cross-sectarian protests since October denouncing perceived government mismanagement and corruption.

"We ask all those responsible for this meeting to respect the demands of the Lebanese people," the organizers of Wednesday's picket said by email.

"Any financial assistance provided under this framework will only support the corrupt... system that is unable to manage the crisis."

The U.S. State Department said Assistant Secretary for Near Eastern Affairs David Schenker would attend the ISG meeting "to facilitate the formation of a government capable of implementing economic reforms and ending endemic corruption."

Aid Lebanon? We have petrol, the issue is not money but rather thieves. We have cancer and we really a new DNA.
An example is the Syrian refugees receive their dollar and euro aid and steal electricity. Therefore France aid and will be sold.

I have one request for France. STOP giving money to the crooks in Lebanon and demand that we refund you later. Enough is enough

France as most know gives nothing away and certainly not in the case of Lebanon. However that said France is only too happy to broker loans to the Lebanese government that French Companies can indirectly benefit from....