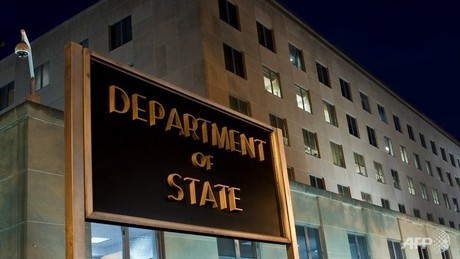 The U.S. State Department has reacted, after a Lebanese judge banned media from reporting remarks by the U.S. ambassador after she spoke about Hizbullah.

Ambassador Dorothy Shea for her part called the ruling "unfortunate" in a telephone interview with the local MTV station.

"I think it is a distraction. I wish people would spend their time and attention trying to solve the problems facing the country," she said, adding that the Lebanese government had already apologized to her for the ruling.

"So, no. The U.S. Embassy will not be silenced," she stressed.

The U.S. embassy in Lebanon responded on Twitter, saying "we believe very much in freedom of expression and the important role a free media plays in the United States and Lebanon."

"The U.S. ambassador discussed in her interview a Lebanese party represented in parliament and cabinet and that enjoys a wide popular base," the order said, referring to Hizbullah.

"The U.S. ambassador has no right to talk about this party," the order added, accusing her of promoting internal sedition and strife.

The judge acknowledged that international law gives diplomats immunity but said media could be punished for violating his order.

The court decision reflected the rising tension between the U.S. and Hizbullah. It also revealed a widening rift among groups in Lebanon, which is facing the worst economic crisis in its modern history.

Information Minister Manal Abdul Samad wrote on Twitter the judiciary may be reacting to the interference of some diplomats in the country's affairs. However, "no one has the right to prevent the media from covering news or undermine press freedoms," she wrote.

Any issue pertaining to the media should pass through the information ministry and official judicial channels, she said.

Local broadcaster LBCI said it would not abide by the ruling, calling it a "non-binding and unenforceable" decision that violates freedom of press.

It said it would challenge the ruling in court.

And as critics of Hizbullah called it politicized, others hailed the ban as "brave" on social media, saying Shea had crossed a line by "interfering" in Lebanon's internal affairs.

Such a sectarian douche bag!!!

Who is screaming"shia" in the streets..?

Lebanon must follow the freespeach of KSA, for USA... USA do not have any credibility in the region!!! After exterminated the Cristians in iraque

These judges on Hizbala payroll are utterly pathetic! That’s how they manage to remind us on a daily basis that our judicial system is rotten corrupt.

Get grammatical lessons and learn to spell!!

Judge Mohamed Mazeh’s decision is bold and in line with international diplomatic law, but he will find himself alone and Hassan Diab’s government will disavow him, as will Michel Aoun, Nabih Berri and the Minister of Information (who did it).