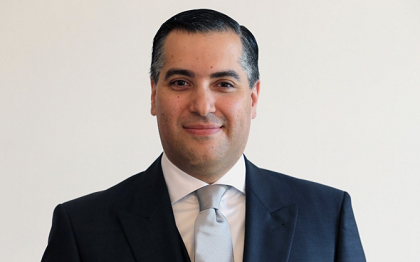 In a televised speech after his nomination, Lebanon's former ambassador to Germany said there is "a need to form a government in record time and to begin implementing reforms immediately, starting with an agreement with the International Monetary Fund".

God bless prime minister-designate Mustafa Adib who was nominated and appointed by president Aoun and hezbollah.

First priority is hold the current and past governments accountable for the looted funds and destruction of Bierut. OH you can't do that because you are a puppet of the crooks!!! They handed you the PM on the condition no audits.You are off too a loosing start!!!

Let’s all hope Mr Adib will be able to vanquish potential bickering and lack of majority or consensus within his new government once its composition is known. This will be the very “last straw” that will save Lebanon from doom.

The old system regenerating itself with a new face and dictated agenda. No disarming Hizb, no prosecution of corrupt politicians and associates, no economic recovery, and worst, no hope for democracy, independence, justice and sovereignty. A completely deflated and impotent Thawra...

The 'Thawra" failed as they have no common strategy, goal or vision. They were of varied groups who's political vision diverted at every step. if I may got further based on what I saw and heard from them when they appeared on TV, no spoke of liberty and freedom and economic prosperity and free markets. They all wanted government more government, but in a way to attend to their needs. All they cared was uprooting the political class. Their "Thwara" was more of a class warfare than a political one. Hence the attacks on the banks, private businesses and property etc....

Don't know about anyone else but to me this maneuver appears short lived and Mr. Adib won;t be able to do much. That is unless there is something under the table or some hidden stitch as we say here. Even then, I don't believe for one millisecond that Hizbullah has changed his colors.
Could be wrong but I would't bet a cent against his possible failure.

I agree 100%. Who are trying to fool themselves by thinking that Mr. Adib will be able to do anything which in effect would lessen the power hold that Hizballah has on the throat of Lebanon.
Un fortunately, he doesn't stand a chance. The more the pity.

First order of business, and the root of our issues - disarm the Hizb. Arms belong under military control. In fact I recall Nasrallah mentioning that the army was the one institution all Lebanese trust (that was in reference to the investigation).... If they're trusted, hand over your weapons.