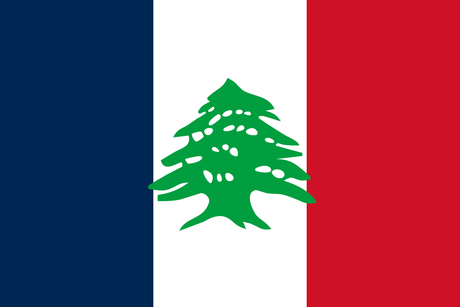 A century ago France created Greater Lebanon, the foundation for the modern-day state of Lebanon which is now mired in a deep political and economic crisis.

In 1916, the secret Sykes-Picot accords divides up zones of influence in the Middle East. France runs Lebanon and Syria, Britain takes charge of Iraq, Jordan and Palestine.

A conference in San Remo in 1920 hands Britain and France mandates to run the remains of the Ottoman Empire.

That year, on September 1 at a ceremony in Beirut, France proclaims the birth of Greater Lebanon.

A "national pact" lays out a power-sharing agreement between Christians and Muslims that is still in place today.

But it will carry the seeds of internal conflict fueled by the interference of foreign powers.

A five-month civil war breaks out in 1958 when Muslims, backed by Egypt and Syria, take up arms against the pro-Western regime of president Camille Chamoun.

Chamoun appeals to the United States for help and Washington sends troops to suppress the revolt. Successful, they leave Lebanon three months later.

After the Arab defeat in the 1967 Six-Day War, the first Palestinian bases are established in south Lebanon on the border with Israel and Syria.

In 1969, Lebanon legalizes the armed Palestinian presence on its soil under the Cairo Accord.

In 1975, a 15-year-long civil war begins with Christian militias battling Palestinians, who are backed by leftists and Muslim forces.

The following year the Syrian army intervenes, with U.S. approval, after an appeal by embattled Christian forces.

In 1982, Israel invades and besieges Beirut. Arafat and 11,000 Palestinian fighters evacuate the capital.

In September that year, a Christian militia massacres at least 1,000 people in the Palestinian camps of Sabra and Shatila in Beirut.

Syria's military and political presence is cemented in a 1991 treaty between Damascus and Beirut.

Israel maintains its occupation of southern Lebanon, withdrawing only in 2000, following armed resistance spearheaded by Hizbullah.

In 2005, former prime minister Rafik Hariri is killed in a bombing attack in Beirut along with 21 others. Those opposed to Syria blame Damascus, which denies any role.

In 2006, a conflict breaks out between Israeli forces and Lebanon's powerful Shiite movement Hizbullah, founded in 1982 during the civil war with support from Iran.

In 2013, two years after the start of Syria's civil war, Hizbullah says it has intervened in support of the Damascus government.

In 2019 protests break out, sparked by a government plan to tax online phone calls made via apps.

The unrest turns into a nationwide revolt involving hundreds of thousands of people cutting across sectarian lines, against the perceived ineptitude and corruption of the ruling class.

On August 4, 2020, a deadly explosion in the port of Beirut ravages entire neighborhoods of the capital, further battering a country living through its worst economic crisis for decades.

Lebanon is still the greatest democracy in the region with the most amazing future once Hizb is disarmed. No other county in the region has the human resources, worldwide influential diaspora, and cultural heritage. Unfortunately since independence we had to deal with Arab nationalism, Palestinian armed presence, Syrian occupation and now HizbIran armed occupation. Remember in 2006 Lebanon had over 6% GNP growth that shows Lebanon potential. Remove Hizb arms and Lebanon will surpass Dubai in attractiveness for multinational regional headquarters and Silicon Valley type investments (AI, robotics, securities, banking, finance, thinktanks, literature, art, etc)

Your M14 corrupt privileged base will become much smaller and insignificant after Lebanon becomes a democracy where one person will have one vote no matter what his sect is and where he lives. Go ask your Israeli friends to disarm the resistance. Lebanon was NEVER a state before HA existed. The LAF did kill their citizens, but never fired a bullet against the Israeli enemy. Btw, they were never able to disarm anyone going back to its independence. Know your history fool.

If US and Switzerland successfully adopted federalism to preserve the uniqueness of each community, so can Lebanon. But if Shia majority still elect the same people and support Lebanese Basij and their arms, then even federalism will not work. Hizb is a black hole for democracy and independence; and Berri is the embodiment of corruption (along with other leaders). Enough playing with words or hiding from reality. Berri and his puppet FPM are seeking tyranny of armed majority. Lebanon has been sacrificed for the glory of the Assad and Iranian criminal regimes. Our children deserve better and we'll do what it takes! Be sure choosing between unity or democracy we'll choose and fight for democracy, freedom and sovereignty.

I don’t think we’ll ever surpass Dubai. We missed our window of opportunity.... even if Hizbala gets disarmed the level of education has dropped drastically. When I see how hard it was in my days and how easy / weak the courses are in my school c’est fini. Let’s not even mention the universities, they’re all BS.

I strongly disagree. Dubai will always have more skyscrapers and latest technology and glitz, but Lebanon can easily surpass it as center of technology and hub for innovation, becoming the real Silicon Valley of the region. Beside, with constitutional neutrality after disarming Hizb, stomping corruption and digitizing all government processes (no middle men or favoritism), Beirut will quickly regain its regional headquarter status for multinationals for their regional headquarters. With long-term stability, if Elon Musk can build a car-factory in China in one year, so can Lebanese who are major decision makers in the best companies the world over. With oil losing its luster, Dubai can never compete with Lebanon human, natural, cultural, intellectual, entrepreneurial and educational resources; though Dubai and Beirut can complement each other.

What is preventing Lebanon from being a regional leader in educational software made urgent by the pandemic? why is Lebanon with its sun, wind and hydro resources not getting 100% of its energy from renewable? why our great universities were not major research centers? Yes, give us long term stability (neutrality + disarming HizbIran), improve infrastructure and we may very well produce the next best electric car with V2G capability to support grid (90% done by robots and giant forming machines), Create the next home automation (as Fadel with NEST), work with Microsoft and Google on next level of communication security. Yes, the level of technical support Lebanese educational institution and international openness can offer cannot be found in Dubai despite their many imported universities. Our potential is limitless!

Sure G_S, but I don’t see hundreds of thousands of Palestinians and 2 million m3attareen Syrians in Dubai.... dude, Beirut and Lebanon are no longer appealing. Our people may be educated as you claim (which i do not fully agree with) the Lebanese people are however uncivilized. Look how people drive..... it’s beyond any hope. The wars damaged the people ya istez. C’est fini. Stop lying to yourself, Lebanon can at best be the dumpster valley of the Middle East. Insa silicon....

In 2006 Lebanon had a GNP growth of 6%. Yes at the same time it was borrowing like crazy and enriching your M14 corrupt billionaires, which brought Lebanon to bankruptcy today. Go play in the garden.

Hey bigjhony boy, the people running the show at that time had a long-term vision of Lebanon. The borrowing was to build the country, not to destroy it. If it were to continue in it's pre 2006 vision, by now Lebanon would have surpassed Monaco, not Dubai, and would have paid it's debt long ago.

No matter what you say, you and everyone knows that Lebanon until 2006, was a country moving in the right direction. And regardless of what you think, since 2006 the country has been in turmoil. Look at who was in power before, and after.... did you? Good because you'll notice that whatever you think or want to say, that they borrowed like crazy, they stole, corrupt or not... any beauty Lebanon had up until August 4, 2020, was built and preserved by THEM, not HA. HA and all our politics since then has only known destruction, and it is a war against you and me and every Lebanese citizen who has to keep rising from the ashes over and over again. Whether you want to blame the US, or France, or Iran or Syria or your next door neighbor, this is a war against the people, and THAT'S IT! NOW WAKE UP!

Sorry to write that but Israel bypass Lebanon in every aspect and is by far the democratiest system in the region. Lebanon is a third world country when compared to Israel, which GDP per capita and education level are by far higher than in Lebanon.

Hezbullah handed Israel its first military defeat in history in 2006. About equal numbers of military casualties were suffered on each side. In August, 2020, for the first time, a major Lebanese political figure, the speaker of the parliament, a Shia muslim, Nabih Berri, called for the elimination of the sectarian power-sharing system. Current estimates are that Christians are perhaps a third of the population.

The AFP-Naharnet summary of history did not specify that the "power-sharing system between Muslims and Christians" entails equal representation in the parliament, per Article 24 of the Constitution, something a Christian politician, Patriarch al Rahi, likes to refer to as "equality".
You could measure democracy in a state, looking beyond laws, by assessing the state's stability in a crisis, and its vitality in economic terms. "People vote with their feet." An illegitimate regime is evidenced by large parts of the population failing to participate in the life of society.

We were better off under the ottomans prior to WWI . Look at how all former French colonies across the globe and current Dom Tom turned out, te3teer, complete misery, wars and corruption.

Britain did so much better with its commonwealth.