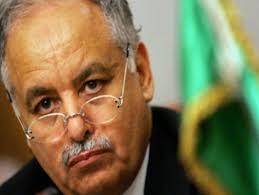 Sawwan, the lead investigator into the August 4 horrific explosion at the Beirut port, filed charges against caretaker PM Hassan Diab and former Finance Minister Ali Hassan Khalil, as well as Ghazi Zoaiter and Youssef Fenianos, both former ministers of public works, accusing them of negligence that led to the death of hundreds of people.

A questioning session for Faniaons was scheduled to take place Thursday by Sawwan, but the Judge postponed it until February 23 before he was recused.

Sawawn's removal "makes a mockery of justice and is an insult to the victims of the blast," Human Rights Watch researcher Aya Majzoub wrote on Twitter.

"More than six months later, we are back to square one."

Lawyer and activist Nizar Saghieh said he needed to see the full court decision, but feared the worst.

"By refusing to be held accountable, the ministers and political class are drawing a red line in the investigation," he said, adding it was a "common occurrence in Lebanon that prevents any justice from being achieved."

The development is likely to further delay the investigation into the horrific explosion that killed more than 200 people, wounded over 6,000 and disfigured much of Beirut.

The explosion, one of the largest non-nuclear blasts in history, has been one of the most traumatic national experiences the Lebanese have faced. Family members of those killed had been skeptical of a transparent and independent investigation into the Aug. 4 explosion, in a country where a culture of impunity has prevailed for decades.

A copy of the 25-page decision leaked to the media showed the former ministers had accused Sawwan of disrespecting parliamentary immunity and argued that because his house was impacted by the explosion, he could not be impartial in the case.

According to the law, the minister of justice now has to propose a new lead investigator, before a government-appointed judicial body signs off on the nomination.

Sawwan's appointment process itself was considered opaque and the investigation, so far secret, has been tainted with political interference, Human Rights Watch has said. Two judges named by the caretaker justice minister before Sawwan were rejected without an explanation by the body in charge of approving the selection.

The families of the victims had welcomed Sawwan's decision to summon senior officials, saying no senior politician should be spared.

After the decision was announced, Kayan Tleis, whose 40-year-old-brother was killed in the blast, said Sawwan was up against major political actors.

"We had put a lot of hope in Judge Sawwan. But there were lots of political pressure on him, and once he started summoning senior officials, it was likely they would get rid of him or take the file away," Tleis said.

LoL already Sawan was going softly but it was already too much for the criminals behind the blast that destroyed half of the capital and stole 200+ lives.

Sawan or any other judge... the whole situation is a farce.

lol...
Pfff...
The entire judiciary is corrupted to the bone...

95% according to minister Fahmi