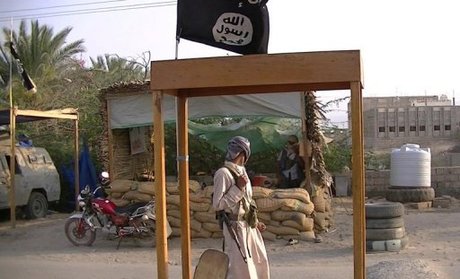 The double agent who infiltrated al-Qaida and helped foil a plot to blow up a U.S.-bound airliner held a British passport in addition to being a Saudi national, CNN reported Thursday.

The man was sent by Saudi counterterrorism agents into Yemen as a mole after it was learned that al-Qaida in the Arabian Peninsula was developing an updated model of the underwear bomb that failed to explode in a Christmas Day 2009 attempt.

CNN, citing counterterrorism sources, reported that the man grew up in Europe and at some point fell in with militant sympathizers who tried to recruit him for terror attacks.

It said that the Saudi man's British passport enhanced his value to the terror group, because he could travel without a visa to the United States.

But when he learned that a concrete terror plot was in the works, the man contacted Saudi counterterrorism officials from Yemen.

The Saudis then informed the Americans of the planned operation and let them know that they had succeeded in infiltrating the group, according to CNN.

The spy spent weeks with the al-Qaida affiliate, garnering sensitive information that was passed on to the Americans.

That intelligence allowed the CIA to launch a drone strike on Sunday that killed Fahd al-Quso, a senior al-Qaida operative in Yemen wanted for the 2000 bombing of the USS Cole.

A source working closely with U.S. intelligence agencies and the U.S. military also told CNN that the al-Qaida chapter in Yemen now has "a whole outfit designated to target the U.S. homeland."

The new details about the Saudi mole and the failed al-Qaida bomb plot come after U.S. spy chief James Clapper earlier this week ordered an inquiry into leaks to media about the top secret operation.

The internal review is being conducted across 16 intelligence agencies, as U.S. officials expressed fear that the disclosures could jeopardize future sensitive espionage work.

w others have iranian and syrian citizenship ma haik