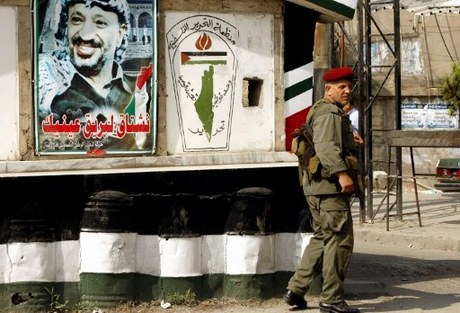 Some 600 Palestinian families have arrived in Lebanon from Syria, most of them fleeing violence at the Yarmuk refugee camp in Damascus, a Palestinian official in Lebanon said on Sunday.

"Some 600 Palestinian families have arrived in Lebanon's Palestinian refugee camps in the past three days," said Marwan Abdel Aal of the Lebanese branch of the Popular Front for the Liberation of Palestine.

"Most of these families came from Yarmuk camp," he added.

On Thursday, 21 people were killed in Yarmuk when regime forces shelled the area, according to the Britain-based Syrian Observatory for Human Rights.

"Most of the families have sought shelter in the Jalil and Taalabaya camps in the Bekaa region" of eastern Lebanon, Abdel Aal told Agence France Presse.

"Another 50 families went to Nahr al-Bared (north Lebanon), 28 went to Baddawi (north), while the rest went to Ain al-Hilweh near Sidon," in the South, he added.

Abdel Aal said the recent violence had triggered an exodus from the Yarmuk camp sheltering people displaced from the central Syrian city of Homs, and families forced by clashes to leave their homes in parts of Damascus.

The Palestinian official said there were fears that more families would make their way to Lebanon in the coming days.

"There are still families on the Syrian side of the border, waiting for permission from the Syrian authorities to cross over," Abdel Aal said.

He went on to say that once in Lebanon, Palestinian refugees residing in Syria faced another difficulty, as they only have the right to remain in Lebanon for one week.

Abdel Aal noted that Palestinian organizations have held several meetings with Lebanese officials, along with the United Nations Relief and Works Agency, or UNRWA.

"We are looking for ways to enable them to stay for three months," said Abdel Aal.

Some 455,000 Palestinian refugees are registered with UNRWA in Lebanon.

I'm shocked how you guys are selfish. Yes, they caused the civil war and many more miseries. But can we say no to a child that wants to escape death? Moreover, they went to other refugees camps... It's not like they are going to be bothering you in your daily life.

Seriously, you shouldn't be selfish like is even if there are good reasons to be. There are better reasons to be generous with them.

ft,sure I didn't expect you to behave as a role model... and even less as a Saint.

FlameShitter: You're only Christian on domingo and only during the mass.

Benzona when you land safely back from lala land let me know so we could have a chat.

Christian charity always and foever. That is what Christ taught us. Ana Ma3ak.

The should go to the golan heights instead of Lebanon !!!

Are you actually trying to say that Palestinians would be safer in Israel than they have been in Syria or Lebanon?

Fact:Syrian-led Yarmouk Palestinian Guerrillas attacked the Christian town of Damour on January 21, 1976.
Fact: Fateh's Syrian-based Yarmuk brigade attacked Northern Lebanon in 1975 - 76, on order of Hafez Al Assad to intimidate the Lebanese President of the day..
Have they not done enough trouble in Lebanon ?? Historically, the Philistine Tribes have been the root of all evil...

Sad to see that we still have so much hatred in our hearts and there's no regard for the humanitarian imperative whatsoever. I'm sure some of you would not say the same about Palestinians,but also about anyone who you don't consider "worthy" of any support. This could include Syrians, Lebanese of other religions, and even other Christians who think differently from you. I'm Lebanese, married to a foreigner, and I would never consider raising my children in Lebanon because of the hatred mentality that so many people have..