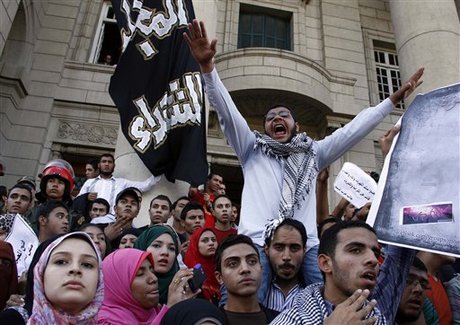 Arab League chief Nabil al-Arabi will head a delegation to Gaza in a show of solidarity after Arab ministers decided on Saturday to review their diplomacy towards Israel and show their support for the Palestinians.

The delegation will travel to Gaza "to affirm solidarity with the Palestinians," a League statement said after the foreign ministers' meeting. Arabi told reporters it would head for the enclave either on Sunday or Monday.

The statement said the ministers decided to ask an Arab League task force to review "the usefulness of continuing the Arab commitment in proposing the Arab peace initiative as a strategic choice."

In 2002, Arab states offered Israel diplomatic recognition in return for its withdrawal from all occupied territory and an equitable settlement of the Palestinian refugee question, a cornerstone of Arab diplomacy ever since.

The statement also called on Arab countries to abide by previous League decisions to stop normalizing ties with Israel. This would not affect the peace treaties Egypt and Jordan signed with Israel, an Arab League diplomat said.