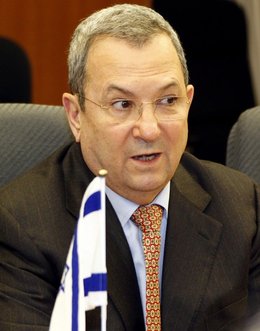 Defense Minister Ehud Barak warned on Thursday that Israel may resume its attacks on Gaza at any time if a truce that ended a week of bloodshed fails to hold.

The ceasefire "can last nine days, nine weeks or more, but if it does not hold we will know what to do, and then of course we shall consider the possibility of resuming our (military) activity in case of shooting or provocation," he told public radio.

The morning after it took effect, the ceasefire was being honored in the Gaza Strip, after eight days of cross-border violence that resulted in the deaths of 163 Palestinians and five Israelis.

Obtained after an intense diplomatic push led by Egypt and the United States, the truce came into force at 19:00 GMT on Wednesday, based on text of the agreement.

Barak justified the Israeli government's decision to call off a threatened large-scale ground offensive in Gaza, despite the mobilization of tens of thousands of reservists.

"Such an operation could have created a situation where we would have had to stay for years in the Gaza Strip. I don't miss Gaza, I'm sure Hamas does not feel nostalgia for what has been happening to it in recent days," he said.

Israel pulled its soldiers and settlers out of the Gaza Strip in 2005 after a 38-year occupation. In December 2008, soldiers launched a fierce 22-day campaign against the militants, killing more than 1,300 Palestinians.

Barak said it would be impossible to bring down Gaza's Hamas government without a complete Israeli re-occupation of the coastal territory.

"I'm not sure that would be the most intelligent thing to do," he said.

He said that the truce arrangement was not a formal treaty between Israel and Hamas, with whom the Jewish state says it does not negotiate.

"It is not an agreement, it is an unsigned paper," he told the radio.

"That does not mean it is not worth anything, but it only reflects the arrangements concluded between us and the Egyptians on one side and between Hamas and Egypt on the other, as well as the limitations that both parties accepted," he said.

"The most important point concerns the commitment of all the Palestinian factions to cease all hostile activities against Israel, including firing rockets or attacks against the Israeli army along the border between Gaza and Israeli territory.

"If peace continues to prevail, there is no reason not to allow Palestinian farmers to cultivate their land up to the border fence," Barak said.

Currently, the Israeli army considers the fence and its immediate vicinity a live-fire zone off limits to Palestinians.

"we shall consider the possibility of resuming our (military) activity in case of shooting or provocation".
As far as I understand, a resumption of activities by Israel will only be in RESPONSE to action from the other side of the border.

The devils among the jews (unfortunatly most of them) have been promised in the quran that Allah (swt) will continue to send against them people who will humiliate them, as a punishment for their evil. Their last major punishment was the holocaust. Are they ready for the next one? Of course not, because now their crimes are millions of times worse than what they were 100 years ago. They will be punishmed severly in this world and after they die, the hell fire awaits them. The jews even deny that there is a hell, that is a lie they tell themselves in order to not
feel scared when comitting these evil actions.

thus spoke the primitive man. go back to your hookah and worry beads.

If I remember reading my Koran correctly if was Islam which called for the annihaltion of all Jews (and members of othwer religions) and not the other way round.
Christianity and Judaism preach "love thy neighbour", presumably in Islam this reads "love thy neighbour as long as he is a Moslem.
If you are talking about the time of the holocaust, it was the Mufti of Jerualem and Rashid Ali in Iraq who sided with the Nazis, whilst the Jews from the area of the British Mandate joined the British Army and formed the Jewish Brigade in order to fight the Axis.