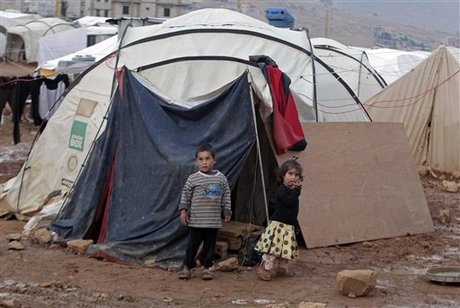 Graham, who is a ranking subcommittee member, called for similar assistance to Jordan and other countries that are facing refugee influxes.

The funding would be slightly below this year's but in line with that proposed by House appropriators.

Like the House measure, the $48.3 billion Senate budget includes conditions on Egypt support. But it differs in not tightening restrictions on Palestinian aid after formation of the recent unity government with Hamas.

Democratic Sen. Patrick Leahy, the chairman of the subcommittee, said it includes new funding for Ukraine and others threatened by "Russian aggression."

The U.S. embassy in Beirut revealed earlier this month that Washington is providing more than $51 million to the World Food Program and Non-Governmental Organizations in Lebanon, the highest amount in terms of assistance provided to countries neighboring war-torn Syria.

In a series of tweets, the embassy said that “the U.S. is committed to delivering humanitarian assistance to Syrians through the U.N. broad network, no matter where they reside or have sought refuge.”

The U.S. assistance in Lebanon includes food aid, protection, shelter, water and sanitation in host communities, education programs and other programs to prevent gender-based violence, it said in one tweet.

Secretary of State John Kerry's announcement during a visit to Beirut of a $290 million in U.S. aid for U.N. agencies, rose total humanitarian assistance since the beginning of the Syrian crisis to more than $2 billion.

Better permanent solution for all: The US must stop putting its hands in the hands of the Sanni terrorists in whose creation they collaborated with the Kingdom of Sanni Lunaticabia, and labeling them terrorists a-la-carte.